Samsung is gearing up for its annual update to its Galaxy phone A-series models. Generally, especially at the higher end of the range, most A-series devices have some of the best features of the flagship Galaxy S range, but offer them in a more affordable package.

With the launch of the Samsung Galaxy S22 all set and dusted, leaks and rumors surrounding the company’s more affordable mid-range Galaxy A lineup are at a fever pitch. Recent reports have illustrated the Galaxy A53 5G, but we do know that Samsung is also working on the Galaxy A73, which sits just below the Galaxy S lineup in terms of price and specs.

Several trusted developers have shown off the A73 in official-looking press releases detailing some of its key specifications and changes.

This is everything we know so far about Samsung’s upcoming Galaxy A73.

As shared by 91Mobiles, the press render shows a Galaxy A73 that shares the same design as its predecessor, the Samsung Galaxy A72. The leak indicates that the screen will be a 6.7-inch AMOLED FHD + panel, almost the same size of 6.6 inches as its predecessor.

However, if Samsung maintains the same approach as the A72, the A73 will have Full HD+ (1080 x 2400) resolution and a 90Hz refresh rate. Shadow_Leak Informant it suggests that the phone will do the ump at 120hz.

Currently, there is no official launch date for the Samsung Galaxy A73, and even with the Mobile World Congress behind us at the end of February, the new devices in the series were not presented at the company even on February 27, 2022. .

Following on from its predecessor, the Samsung Galaxy A72 launched in March 2021, so a reveal at Mobile World Congress would be close to that timeline. There has been talk of the A73 being delayed a month after the A53 launch, suggesting it will be released in April.

The sources also claim that the Galaxy A73 will run on the Qualcomm Snapdragon 750G chipset, supported by 8GB of RAM and 128GB of storage. It’s currently unknown if microSD for storage expansion will be available, but since it’s not offered on the S22 range, then it’s possible the A73 won’t offer it either.

In terms of battery capacity, the Samsung Galaxy A73 will surely come with a 5000mAh battery capacity with support for 33W fast charging. There has also been talk of 25W charging, but it is unclear for now.

Not much has been said about the cameras that are expected to be included in the Galaxy A73, although a quad rear setup is expected and the main camera is said to be 108-megapixel.

Samsung Galaxy A73: what has happened so far

91Mobiles posted a render of what looks like an official press render of the Samsung Galaxy A73.

Serial leaker @OnLeaks published several renders in association with Zoutons and the reveal showed the design of the Samsung Galaxy A73, along with the rumored specifications. 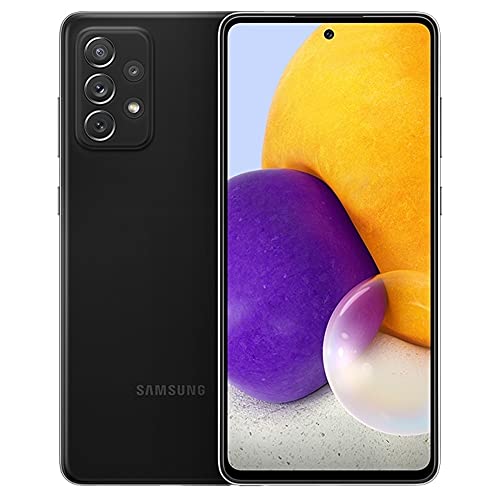